National Chili Day is about celebrating flavor, so Gold Star and the Freestore Foodbank are honoring our city’s flavor in a big way. We’re crowning 13 “Flavor Makers” – people who bring flavor to this city every day. We’re featuring one Flavor Maker each day for 13 days – and a special combo meal, the #13, that will benefit the Freestore Foodbank and their initiatives to end childhood hunger, in their honor. So grab a #13 now through March 9 to honor the city’s finest and celebrate real flavor for a very worthy cause.

For every #13 combo purchased from February 25 to March 9, Gold Star will donate a portion of the proceeds to the Freestore Foodbank’s Childhood Hunger Programs, which ensures that children in food-insecure households have access to nutritious meals. The program’s three initiatives include the School Pantry program, Kids Café and the Power Pack program. Gold Star and our guests have generously donated nearly $130,000 to the Freestore Foodbank to help feed our community. Click the link below to learn more.

Find your nearest Gold Star to try the #13, a regular 3-Way and drink, and help support the Freestore Foodbank. The #13 combo is available through Dine-In, Drive Thru or Carry Out.

D. Lynn Meyers is in her 25th season as the Producing Artistic Director of Ensemble Theatre, where she has directed over 100 world and regional premieres, including Fun Home, Frog Princess, Ripcord, Hands on a Hardbody, Detroit ’67, I Am My Own Wife, Next to Normal, and world premieres including Cinderella, After Ever After, James and Annie, and The Dancing Princesses. She has directed Off-Broadway at the York Theatre with Marsha Norman’s Traveler in the Dark and James McClure’s Max and Maxie. Lynn has directed extensively throughout the US and Canada and began her career as the Associate Artistic Director at Cincinnati Playhouse in the Park. In addition to her directing work, she is a member of the Casting Society of America, having cast for PBS, CBS, BBC, HBO, MTM, Paramount, Netflix and MGM. Lynn’s favorite feature credits include serving as Location Casting Director for The Shawshank Redemption and recently Dark Waters,Carol, Miles Ahead, The Goat, The Public and Old Man With The Gun. Lynn was named one of four finalists for the Zelda Fichandler National Award in 2011, is a past recipient of the YWCA Career Woman of Achievement Award, and is the 2018 Rosa F. and Samuel B. Sachs Prize Award winner—honoring outstanding accomplishments in the arts. Lynn was honored in 2019 with a national board appointment to the Stage Directors and Choreographers Society (SDC).

Kick Lee is a music producer, Cincinnati native, and advocate of the musical arts. He is the founder and executive director of the Cincinnati Music Accelerator, an organization that is dedicated and focused on the development of music creatives, fostering and fueling place-making and striving for economic development and impact within the community it serves through the musical arts. Only 32-years-old, Kick has already worked in music for over 17 years and had his musical works licensed and placed in advertisements with brands such as Disney, Toyota, Samsung, Puma, Xbox and many others. In addition to being the executive director of the Cincinnati Music Accelerator, he operates KL Studios Inc. which specializes in audio recording, audio production, post-production and music licensing for TV, film, trailers, and commercials.

Molly is a self-taught mixologist born and raised in Cincinnati, Ohio. She spent twelve years living and working in San Francisco and before returning to Ohio. Molly takes pride in her immense knowledge of the history and proper preparation of classic cocktails and fine spirits, which lead to her being awarded the Best Bartender/Owner in the Nation by Nightclub and Bar Media in 2019. She is now owner of Japp’s, founded in 1879, located on Main Street, in the heart of Cincinnati’s Historic neighborhood Over-the-Rhine.

Jill Meyer leads the Cincinnati Regional Chamber on an aggressive course designed to grow the vibrancy and economic prosperity of the Cincinnati Region. Jill is well-versed in advocating for local businesses. As an attorney she practiced for twenty years at FBT LLC and served as the Member-in-Charge of the firms biggest office in Cincinnati. She’s a dedicated volunteer for many civic and community causes, currently serving on various boards in Cincinnati for the betterment of the city.

Dan McCabe has been an integral part of the Cincinnati music scene for more than three decades having started as a promoter and musician in 1990. Before artists like the White Stripes, Beck and Alabama Shakes became household names, McCabe brought those acts to Cincinnati. He still promotes great live music to this day as co-owner of Woodward Theater and MOTR Pub featuring performances seven nights a week in Over-the-Rhine. McCabe has served as the Executive Producer to multiple Cincinnati events, including MidPoint Music Festival, Cincinnati Entertainment Awards, BRINK New Music Showcase and The Lite Brite Film Test. Cincinnatians consider Dan a hero in the local industry – crediting him for keeping the Cincinnati music scene alive and well.

Alfonso Cornejo is a business consultant for companies doing business in Latin America. Mr. Cornejo has a well- rounded background in all facets of business with particular expertise in Manufacturing and Human Resources. Before entering the consulting field, Mr. Cornejo worked for a total of 30 years with several Fortune 500 Companies, i.e., Procter & Gamble, Clorox, Chiquita Brands. Mr. Cornejo is a Board member of several important boards in the community. Mr. Cornejo has been the President of the Hispanic Chamber Cincinnati USA for the last 17 years, and is also the founder of Hispanics Avanzando Hispanics (HAH) that is a non-profit entity that among many other social service activities, also organizes the Cincy-Cinco Latino charity festival each year in Cincinnati. This charity festival has distributed more than $465,000 among organizations supporting Hispanic initiatives since startup 17years ago.

Kathrine Nero is a long-standing, respected voice of the community. You may recognize her for her incredible storytelling and reporting work at Channel 9 in Cincinnati for nearly 20 years. Now, Kathrine hosts “Coffee Break with Kathrine,” a daily Facebook Live segment hosted on the Cincinnati Enquirer Facebook page for those in the greater-Cincinnati area to catch up on all the latest news.

Crystal L. Kendrick, President of The Voice of Your Customer, is a true advocate for the African American community. She has more than 25 years of global and domestic marketing experience, specifically targeting underserved populations. She is also the publisher of The Voice of Black Cincinnati, a media company designed to educate, recognize and create opportunities for African Americans in the region. She serves on several boards in the area and is a volunteer Events Editor for the Cincinnati Herald. Crystal’s professional and philanthropic achievements have been recognized by the Cincinnati Business Courier, Cincinnati Woman’s Magazine, Cincy Business Magazine, the YWCA and the Cincinnati Chamber.

Alicia is a long-time public servant who has held many roles on behalf of the citizens of Ohio. She was the former Vice Mayor of Cincinnati (2002-2007) and member of the Ohio House of Representatives for the 33rd district. Alicia has been an inspiration to many Cincinnatians as she was the first African-American woman to win city, state and county electoral races. Alicia currently serves as the Hamilton County Commissioner and is a tremendous advocate for the betterment of Cincinnati.

Means Cameron is a native born Cincinnatian who began his love for entrepreneurship by selling clothing from his car. His passion eventually brought him to Miami University where he grew a following for his art and became the first African American to receive Homecoming Honors at the predominately white institution. After graduation, Means founded the clothing brand BlaCkOWned™ Outerwear. Since its launch in 2011, the brand has been recognized by various publications, including Cincinnati Magazine as a Top 3 Cincinnati Men’s Boutique. Means and his team are using their growing notoriety to create a brand that transcends race, generation and location. Through his contributions as an entrepreneur, it is Means’ goal to inspire the community to serve one another.

French born de Cavel left New York City as the executive chef of the Plaza Athenée and came to Cincinnati as chef de cuisine of the famed Maisonette. He has since planted roots in the Queen City, volunteering much of his time to several local and national organizations. He is an unabashed fan of the Cincinnati Reds, and Bengals, and FC Cincinnati. He lives in Newport, Kentucky, with his wife Annette and daughter Laeticia. 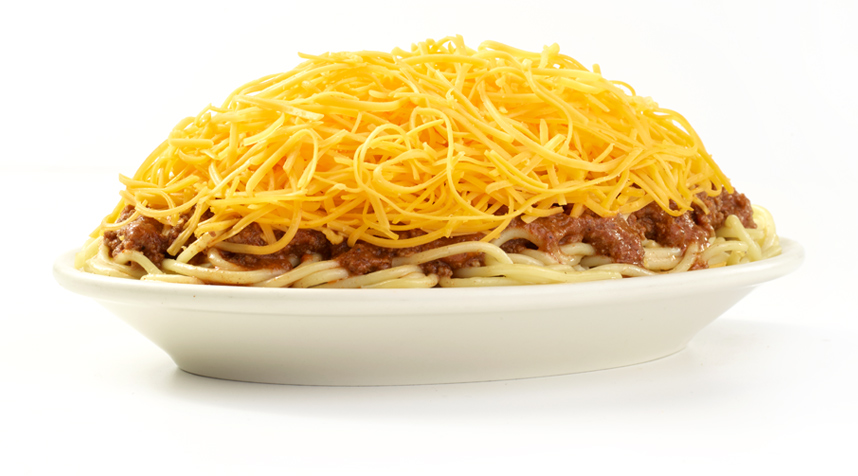 When you sign up, you’re part of the family. Get offers and info about your favorite neighborhood chili parlor – Gold Star!

Our place or yours?

Pickup OR Delivery Powered by DoorDash 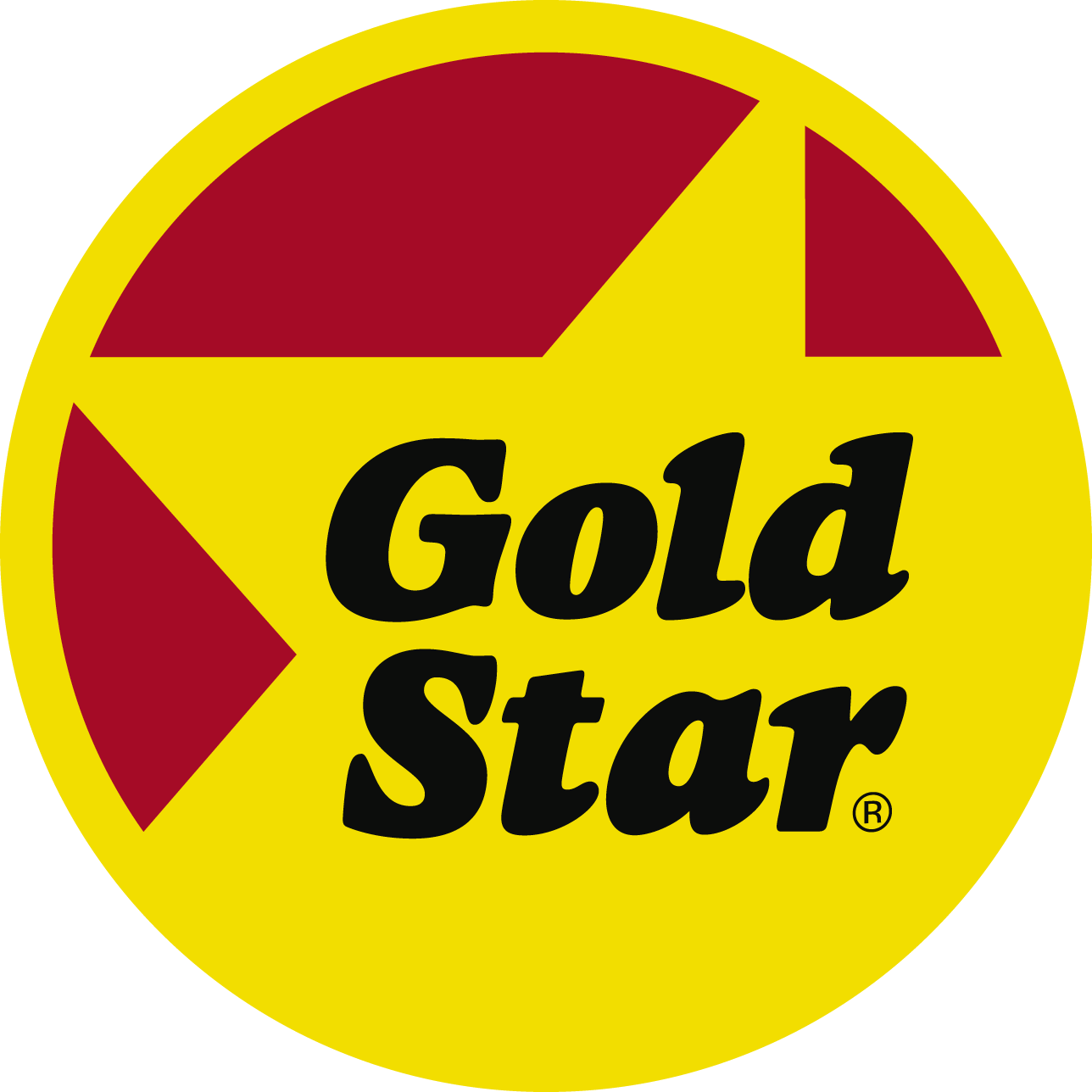 Select a store below